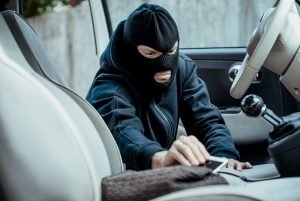 On 13th September 2020 at 18:58, our Control Room received a call from a client informing them that a suspect had been seen breaking into a car in De Grendal Road. Armed Response Officers Thembela and Bandile responded to the call.   Officer Thembela apprehended the suspect, who was found with 5 cell phones inside a bag.  Milnerton SAPS were contacted and the suspect was handed over to them on their arrival at the scene.