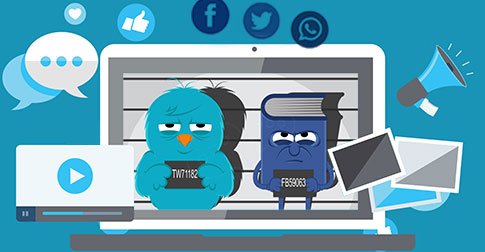 You are not allowed to publish a picture identifying an “alleged suspect” in a crime on social media (WhatsApp, Facebook, Twitter, etc) before this person had appeared before a court of law. The same applies to pictures of anybody who “might be a witness” in a criminal case. The South African Police Service Act strictly forbids this.

Members of neighbourhood watches, security companies as well as community policing forums often take pictures of suspects at crime scenes, which you can do, but the moment you send the picture to someone else or post it to a social media platforms, it is considered “published”

A hefty fine, 12 months’ imprisonment or a massive civil suit could await you, should you post a picture of any “perceived criminal” on a social media platforms.

In addition to the Police Act, section 35 of the Constitution affords every citizen the right to a fair trial. The publication of a photo identifying the alleged perpetrator could thus render the trial unfair and it might result in the suspect being acquitted. The same applies if the perpetrator is identified in public before an ID parade has taken place. A SAPS identity parade will not be conclusive : It may be argued that the witness or victim saw the suspects face on social media and identified the suspect based on the image portrayed rather than physically having seen the suspect commit the crime.

The publication of such a photo could furthermore defeat the ends of justice, by hampering a pending investigation.

*Posting photos could lead to vigilantism*

In cases where the person arrested is innocent, but as a result of the published photo, which depicts him as a criminal, the community takes the law into its own hands, this leads to vigilante action. When publishing such a photo a person could also land him or herself on the receiving end of a defamation lawsuit.

Everyone has the right to a good name and reputation and the person who taints this with defamatory statements, by posting such a photo, can be held liable for damages in civil court.

Lastly the publication of such a photo could result in unlawful arrest and detention. We have to be very careful what we publish on social media platforms.

If you see a person in your neighbourhood and you have grounds to believe him to be a criminal, don’t just take a photo, naming him a suspect, and post it. Rather state the “facts” around the circumstances and post that.