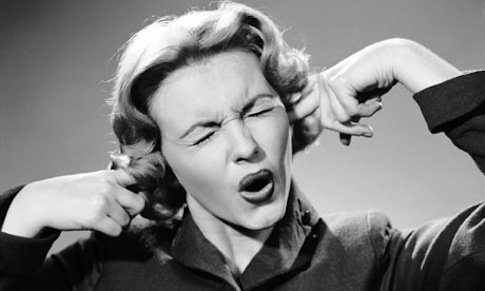 “Any sound which disturbs or impairs or may disturb or impair the convenience or peace of any person” and “disturbing noise” as “a noise level that exceeds the ambient sound level measured continuously at the same measuring point by 7 decibels or more.”

A resident in a town, and more particularly a resident in a residential neighbourhood, is entitled to the ordinary comfort and convenience of his home, and if owing to the actions of his neighbour he is subjected to annoyance or inconvenience greater than that to which a normal person must be expected to submit in contact with his fellow-men, then he has a legal remedy.”

The urban myth says you can make noise until 10pm on a week night and 12pm on a weekend but, in actual fact most municipalities have by-laws in place that focus on the number of decibels rendered rather than the actual time frame in which noise is made.

Municipal by-laws govern disturbing noise. An example of this kind of noise would be loud party music. This kind of party noise is generally tolerated until 10pm on a Friday and/or Saturday evening before you can take steps against the perpetrator/s. SAPS will generally deal with these noise issues if there are complaints from neighbours and there are steps to follow if it becomes a nasty habit of a neighbour.

Please call the CoCT emergency line for any noise nuisance to build up a case to support your allegation. You will receive a ref Nr which you can forward on to us with the date logged.

Cape Town to impose harsh fines for high noise levels.
The City of Cape Town has warned against noise disturbances as these may lead to fines and compliance notices served to those who do not abide this festive season.